Features
Today I have my hands on a Lenovo Y560P. This 2nd Gen Core i7 laptop is quite beefy in the specs department and sits very competitively in the market, priced at $899. Before I get into it, let’s take a look at what’s under its hood:

Quite decent looking machine! Opening the box I was equally impressed! Accessories and power cables come in its own white box with pockets for each item. I was quite impressed with it. While other manufacturers tend to stick with cardboard moulds to hold the laptop inside the box, Lenovo have gone one better and made it foam! Maybe I’m getting a little too excited over foam, but it sure does add a bit more unique feeling to it, it’s as if your opening a brand new 60” television, except it’s a 15.6” laptop. 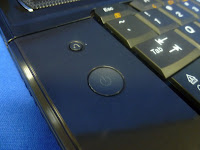 The laptop comes with a one key recovery placed on top of the power button. Even though it’s quite small, I could imagine little kids coming and pressing it repeatedly. However, if you did want to restore your unit, the One Key feature provides a very simple and effective solution. Its menus are also easy to understand, so even new computer users can easily restore their laptops without external support.

The track pad feels solid and nice. It is quite smooth and responsive and supports multi-finger gestures.

Above the keyboard there’s some sort of track which I figured out to be shortcuts to simple things. Running your finger along the extruded lines you get a menu come up with different applications linked to the progress of your finger on the bar. Swiping your finger across the length of the bar locks up your screen in a unique zipper fashion. Quite impressive but will it be a popular feature to use? Not so sure. 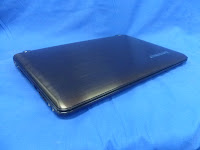 The laptop looks fantastic. The screen lid has a brushed look but feels smooth as can be. Opening the lid I was exposed to its shiny casing, matte keys and larger than normal laptop speaker. Besides the left hand side of the Keyboard you have your power button and recovery ley slightly above it. On the opposite side there are handy volume control buttons (Up, Down, Mute). This can be quite useful and I found myself pretty fond of the buttons and used it regularly. I think, having simple volume buttons directly on the unit itself is a big feature to have. Using a laptop is more hands on, so you want to be able to do simple things, with your hands!  Even brightness controls would be quite handy feature to have. 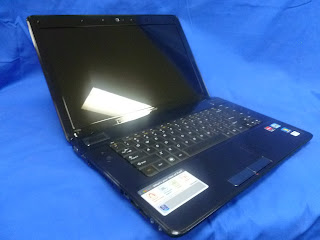 The keyboard is quite easy and comfortable to use. All the keys have inner bevels which let your fingers sit in nicely with each keystroke. The keys are tightly packed in together so you won’t have y our fingers clipping the corners of others, although they do have tiny gaps in between them which for crumbs is the perfect hideout place.

The notebook is your standard 15.6” Screen sized laptop, although due to the keyboard being so tightly packed in together, the extra space on either side of it makes it feel a bit larger than normal. It weighed in at 2.7Kg, might be a bit of a workout for some people, but it is quite normal for a unit of its specs. 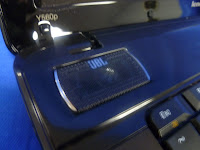 The inputs and outputs on the unit are all placed wisely and conveniently. You have you VGA, HDMI, Network, 2x USB and audio jacks on the left hand side of the unit, on the right hand side you have your power plug, a DVD drive, eSATA port and your 3rd USB port. On the front bevel you’ll find a SD card slot, with a dummy SD card sitting in the slot to give the unit a nice unified design and protect the slot from dust and other small annoyances. I found this to be a pleasant layout. I didn’t have any power cable issues like the previous laptop I reviewed, there no interferences or distractions. It was all quite easy to use. 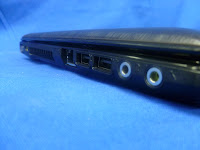 Packed into the unit is a 2nd Generation Core i7-2630QM running at 2GHz and massive 8GB of memory. This combination is pretty good on paper. The fast quad-core processor with large RAM puts this laptop up to be quite the performer in power hungry applications.
Booting the unit came in at 45s, which is a fantastic result. I do think though with a bit of tinkering could bring that down even more.

The display of the unit is very sharp and clear. Playing back 1080p MKV files, the videos looked crisp and very well coloured. The unit had no issues scrubbing and 10GB video files.
Sound is fantastic. The stereo JBL speakers put out a decent sound which is very handy. Majority of laptops will make your ears bleed when listening to music, but the Y560P seems to do quite the opposite and is very pleasant experience. Watching the 1080p videos, the sound was amazing. I could put up the volume with no discomfort what so ever. 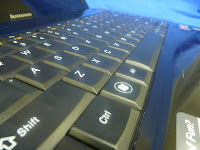 Photoshop on the unit ran like a breeze. The powerful CPU coupled with plenty of memory is very useful for multimedia applications and users.

My 700MB test file opened within 20secs and was comfortable to work throughout. File saving was no issues as it took roughly the same time to save it. For a laptop with a slower hard drive, it performed fantastically, and as a Multimedia Designer, I found it to be surprising and welcoming.

Call of Duty Black Ops
The game played absolutely flawlessly. Throughout the gaming I experienced no lag. I was averaging 43fps which is more than acceptable for smooth gameplay.

Crysis 2
Though it was still playable, the cut scenes suffered a bit and were occasionally laggy. The gameplay itself was more than playable though and though it did struggle a bit during heavy action scenes, overall, this laptop produced pretty impressive results. With a bit of graphic tweaking, I’d imagine most gamers would be able to improve its performance. Our Crysis 2 averaged 27fps 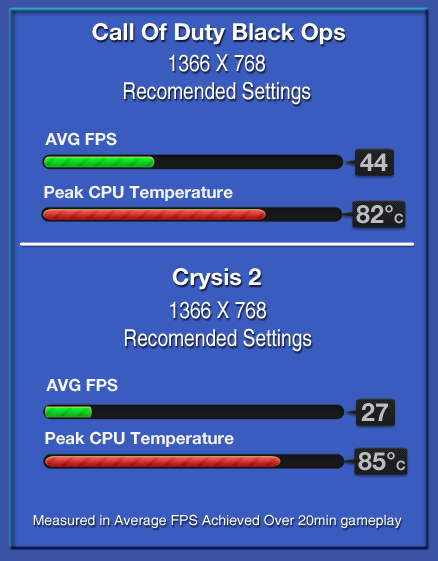 The CPU performs more than double the amount of an i3 processor which is quite big difference. It was only .17pts slower than a desktop Intel i7 860 CPU.
OpenGL on the other handed absolutely creamed all other previous tests and blitzes its competitors.

Temperatures were very impressive for the unit. Though it produced pretty warm results, at no time was the heat radiating through the keyboard area, so I felt no discomfort in using the unit. This could be due to the fact it has vents scattered all over the bottom of the unit, and quite powerful exhaust on its left hand side. So if you are intending to use this laptop on your lap, while performing CPU heavy tasks like 3D simulations and gaming, you’ll probably end up cooking your legs quite regularly, not only that, but using a laptop while its warm, and sitting on a bed or something that smothers the exhausts, can shorten the lifespan of your unit and cause damage. So, get a laptop cooler, or use it on a flat desk!

The unit was on the loud side a bit. During idling it was very comfortable and barely audible, but as soon as anything heavy begun, you really could hear the unit working up its fans. 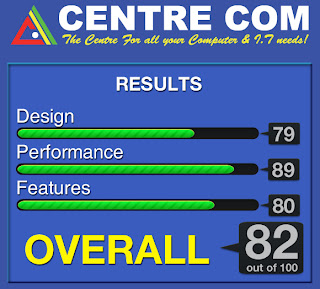 This is a brilliant unit overall. It has powerful features, gorgeous display and an amazing sound system. If you’re after a desktop replacement, this could be one to have a look into. It offers power at an unbelievable price. There are really no bad points that come directly to mind with this unit, it hasn’t let me down with whatever I’ve chosen to do with it. Even with gaming, it managed to perform remarkably well.  I used it for an entire day and was very happy to have it on my desk.