Today I have in my hands an Asus K53SJ series laptop! Going by an initial glance over the specs I suspect this to be targeted towards the lower end of laptop users, its marketing strategy seems to be little on the actual power of the laptop but how many extra ‘features’ they have crammed in.

Priced at $699, it does look a little pricey for what it has, which I think can be contributed to the 2nd Gen CPU inside in the unit, so let’s take a look in detail at what it’s got under the hood:

Doesn’t seem very appealing to the high end gamer, but here at Centre Com, we like to test out units suited for anybody.

The factory restore feature on this unit is as easy as any other. Simply pressing F9 repeatedly while booting up gets you into the setup screen. As easy as it was, it is a bit time consuming, taking approximately 40min to complete the restore. 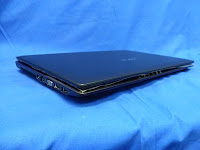 Unpacking the box I was far from thrilled. Brown recycled cardboard seem to be an important factor for the ASUS packaging designers, however one must congratulate in using recycled material for their products. I did however assume they forgot to include the manuals only to find them in a pocket within the unit’s cloth casing. 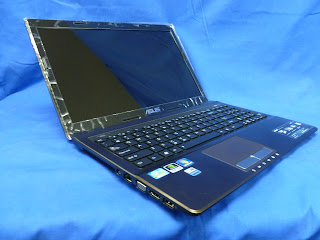 The unit itself looks fairly regular, nothing about the design or layout makes you look twice. The lid and keyboard surroundings are made from scratch resistant brushed brown aluminium. That’s basically a pretty long way to describe a sexy looking laptop! But it does seem to be effective, even in today’s sticky humid weather my sweaty fingers rubbing all up over the laptop didn’t leave any finger or smudge marks around, that is a big plus from my end! On the left side of the unit you have the exhaust, a USB port, Ethernet, HDMI and VGA port. The right hand side has your DVD drive, 2x USB ports and your audio input and output jacks. On the front, tucked away at an awkward angle is the memory card slot to load up your photos. 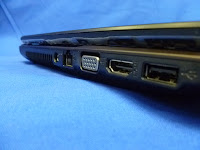 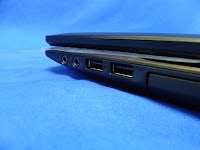 The keyboard is probably one of the most comfortable keyboards I have used. Even under full load, while the CPU is cooking internally, the palm rest area on the notebook stays ridiculously cool. This can be very useful when computing for lengthy periods. This can prove to be a winner for all those light night workers who get put off by their palms warming up over time. This can attributed to the Ice Cool feature that ASUS have conveniently stuck on the palm area, just to remind you every time that ASUS laptops stay cool and comfortable. 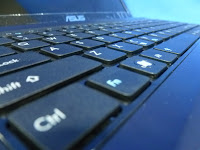 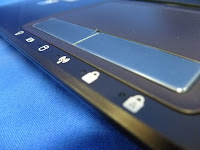 The notebook is your standard 15.6” Screen sized laptop, weighing in at 2.6Kgs it’s also not the lightest. The power adapter on the laptop is probably one of the most annoying things I have come across in a laptop. It is positioned on the left hand side of the unit, and it has a 90 degree plug. Also, the cable sits in front of the exhaust, with all hot air coming out of the unit, blowing right onto the power cable. Not exactly the wisest thing to do. I’m sure not all users would be comfortable with their laptops power cable heating up constantly. Unless you plug your cable in on an awkward angle, this could potentially be hazardous in the future.

Overall, while there a few nit-pick features of the design, it looks and performs quite well and will sit comfortable in your lap for quite some time before getting to an uncomfortable level.

Performance
Featuring a Core i3 processor, it’s not the fastest of units; it does however perform well with what it has to work with. I think ASUS have put together a well-fitting selection of parts that just work well with each other. The parts seem to complement each other and work in unison. Initial setup was very easy and will be a welcoming sight for new users. Within a few minutes the unit was ready for complete use.

Booting the unit came in at 51s, which for an i3 processor is quite well, considering the i7 laptop reviewed last week pulled in around the 45s mark. The unit however does come with more preloaded software than a test unit at a software development company. I don’t know what ASUS is thinking still sending out their laptops with the amount of software that comes on these units, 90% of which the user will never use and will sit on your desktop for the lifetime of your laptop. Not only that, but on every boot, an ASUS utility shows up with bios updates and firmware updates, which in my opinion is just annoying as chirping birds outside your window on a Sunday morning.

Lack of USB3.0 also may deter people from this laptop. I think at least one USB3.0 port would have made this that extra bit appealing.

The display of the unit I found to be way off colour and contrast. It was just way to bright and over exposed. Users not familiar with changing these settings will find themselves with regular headaches in short period of time using this unit. Images weren’t sharp and lacked clarity of better quality screens. Sound was below average, the Altec Lansing speakers failed to produce any decent lower end sounds and sometimes felt like a chainsaw in the ears. For easy listening music however, it achieves a pretty good result.

We installed Photoshop CS5 64bit to test out how simple editing will run. Installation took only 6 minutes which is fairly good result. Launching Photoshop was also very responsive, coming in around the 10sec mark. It took me just a few seconds to open up 5-10mb files each with a number of layers and effects on. Opening a 700mb file took 51s. 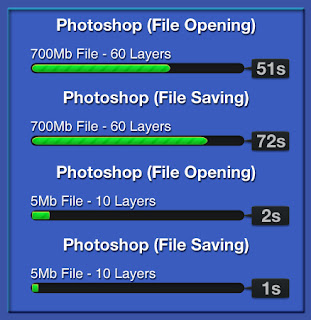 Using standard programs like Office, Outlook and Excel were very acceptable. Each software package handled its files with ease. Opening and saving files took a mere few seconds, even with files up to 5-10mb which is fairly large for Word & Excel. Browsing with Firefox and Chrome seemed very comfortable for lengthy surfing periods. Even while watching HD YouTube videos and running heavy web based Java applications, the unit performed very well and didn’t show any signs of lag or performance decrease.

Nothing unusual about these results, the CPU and OpenGL performed as it should have.

Our PCMark07 benchmark gave a result of 1547 PCMarks.

Our 3DMark11 produced a result of Nothing. Crashed repeatedly. Clearly, not a gaming laptop.
Temperatures were relatively good on the unit. Given it’s only an i3 processor, it is to be expected, however throughout all my tests, the laptop remained well below any discomfort level. Check out the tables below for temperature results. 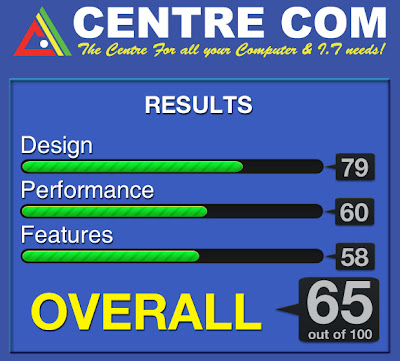 This unit has a specific target market, and it isn’t for those after a unit to do their multimedia work on or game on. If you’re in the market for a laptop to use for business purposes this laptop may be for you. The 2nd Gen CPU and large hard drive make these laptops chances of a lengthy lifespan very high. Users will not find the need to upgrade it anytime soon. Though it does have a few flaws  to it, the majority can be overlooked simply by changing settings and uninstalling software.