When the laptop was brought to my desk my initial thought was ‘ahh another new MSI laptop’. At that point I didn’t even look at the specs or model of the power laptop that was in my possession. It was only a few days later did I realise this was the MSI GS60 Ghost Pro 4K Gaming Laptop.
First off let’s take a look at the rap sheet of the GS60 Ghost Pro 4K Gaming Laptop: 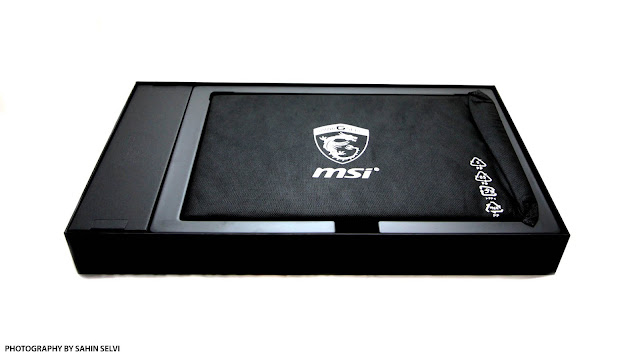 Unboxing the GS60 Ghost Pro is very similar to previous MSI laptop models and why shouldn’t it be, they’ve all got a premium feeling with a mix of matte and glossy black accents highlighting the packages sleek and premium price point. Speaking of price the GS60 Ghost Pro is tagged at $2899 which is a fair chunk out of anyone wallets but in retrospect if you’re looking for an average sized laptop with the power close to that of a desktop system it does offer great value.
The GTX 970M is a fantastic mobile GPU and coupled with Intel latest Skylake processors give the product an acceptable life span. 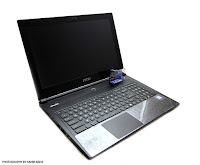 The design of the Ghost Pro doesn’t vary too much with other similar models; you’ve got a couple of USB ports next to the audio jacks and power port on one side and on the other your Ethernet, display port, HDMI, card reader and even a USB Type C port. For the beefy internals the MSI GS60 Ghost Pro is definitely on the lighter side of laptops weighing in at just 2KG with the battery.
There are vents all along the sides and rear and bottom of the laptop and rightly so because under gaming it can get a bit warm. Luckily the clever design means you don’t feel this heat throughout the wrist rests which let you game comfortably for longer periods.

The keyboard is pretty comfortable to type on and look at. It is powered by SteelSeries and comes with its software engine for customization including LED controls.
On to the audio of the device, the GS60 does come with Nahimic software which has a handful of options to suit your taste. I turned off all the options (Virtual Surround, Frequency Leveler, Volume Boost, Reverb & Voice Clarity) I found all them to make the audio sound worse. The audio is surprisingly good when all of it is turned off so I would highly recommend it.

Performance of the GS60 Ghost is as expected. With a GTX 970M under the hood you do get a decent amount of graphics horsepower on the move. The 4K display will be a bit too much for certain games at the full resolution however, games like Call of Duty Ghosts managed to play at 2K resolution  with a steady 60FPS. Games like DOTA, Counter Strike and even sim games like Cities Skylines & SimCity should be able to run a breeze on the Ghost Pro.

The whole time writing this review I’ve been trying to think of what I don’t like about the unit aside from its high price. I’m still not sold on 4K for laptops so that would probably be the only thing I’d say going against it. You could probably save a significant amount of money on this unit if it was a standard 1080p display. Better yet I’m still waiting to see a 1440p laptop display, I think that’s what I would like to really see and would tip me over the edge in getting a gaming laptop.

However, when it comes to the software side of things MSI really need to cool it with the amount of pre-loaded software, it’s probably the only let down and nuisance on the laptop.
Overall the MSI GS60 Ghost Pro 4K offers an exceptional laptop with the latest internals coupled with a traditional MSI exterior design. Its superfast, loaded with Windows 10 and ready to game on. The extreme lightweight design of the GS60 allows you to carry the laptop with you around all day; although you may need to tag along your charger as a laptop with this much power doesn’t last long on battery. None the less the MSI GS60 6QE-055 Laptop delivers blazing fast gaming and general performance packaged in a portable and attractive design. MSI keeps pushing the boundaries for their laptop and the GS60 is no exception to this. 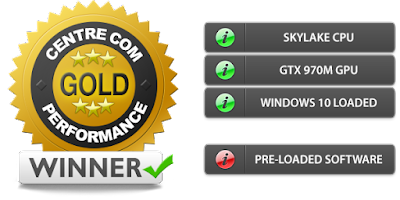