Creative has been around for quite some time now with the company’s Sound Blaster range of sound cards being among the world’s first dedicated audio card for the consumer market. Since then Creative has kept innovating in market trends with products like Speakers, Portable music & Media players, headsets and most recently their foray into the world of portable amps & DACs. 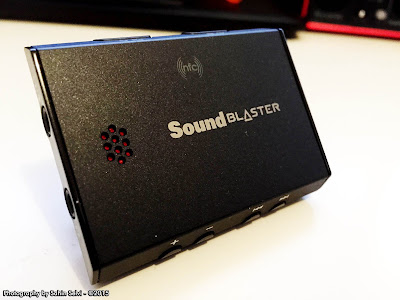 I remember my first Creative product, being a Sound Blaster Audigy 2 Platinum eX sound card. I paid $420 for it at the time from a local PC store and it still works to this day (and I continue using it in secondary systems). Having liked it so much I followed up with a few more Creative products including the Creative Muvo2  4GB, Creative Zen Micro 5GB, Creative Zen Vision W 60GB, Creative SoundBlaster Fatality, Creative SoundBlaster XiFi Titanium & Creative Sound Blaster Zx.
I’ve tended to lean towards Creative because it’s never failed me, always performed exceptionally well and I think it went a bit under the radar here in Australia and a bit underrated.

None the less, Creative have entered the world of portable amps and DACs and I was quite excited to test out what Creative has come up with. Having owned a few products from big names in the audiophile industry like FiiO I was a bit nervous for the Sound Blaster E3. It’s a pretty pricey little thing compared to similar products in its category but does offer some extras the competition don’t. Let’s see how the SoundBlaster E3 fairs.

Packaging:
The E3 comes in a neat little black box with the product image across the front and exploded view of the features and functionality on the back. Inside you’ll find the standard accessories like a 3.5mm audio cable, OTG USB adapter, USB cable (micro end) and the manuals, and that’s basically all you really need to get going with the E3.

Looking up close to the E3 it features dual headphone outputs (very awesome) USB port for charging/DAC use and a 3.5mm audio jack input. The sides feature all the buttons which we’ll discuss later, the belt-clip is on the rear with the CrystalVoice mic on the front with branding.

Build & Performance:
As a note, the tests were all conducted on 3 different pairs of headphones including AKG K701, Audio-Technica M50 & Audio-Technica ATH-700X.

The E3 is quite small in form factor with a built-on clip-on to make carrying it around with you easier. The designed portability of the E3 makes it much more suitable for on-the-go users rather than using it as a PC DAC & Amp. Head-Fi users have also pointed out the high gain on the E3 through PC makes it unsuitable for high end sensitive headphones. But that’s all to be expected really, the E3 is made for portability so those looking at the E3 should be considering it as an audio upgrade for the mobile devices.

The SoundBlaster E3’s audio quality is nothing but impressive. It has a very sturdy sound space with excellent lows and very crisp yet clear mids and highs. I tested the E3 via the aptX Bluetooth functionality. With aptX you get Bluetooth audio as good as a wired solution and it definitely attains to that claim. I’ve been pretty sceptical and critical of wireless audio but I got to give aptX Bluetooth the thumbs up. The Sony Xperia Z2 has pretty decent on board audio as it is but the E3 took it to a whole new level. Now in terms of Bluetooth functionality the E3 does have on board buttons including volume adjustment, play/pause and track skipping, all of which did not work on an Android device bar the volume buttons. Having said that the box does have ‘Made for iPod, iPhone, iPad’ sticker at the front so it could be simply it doesn’t support Android devices as well as it does iOS devices which is a bit of a shame because truthfully Android devices probably need sound quality improvements much more than iOS devices. 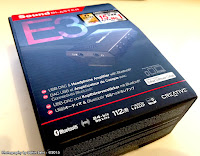 That’s probably the only really negative thing I have to say about the Sound Blaster. I have to admit I’m pleasantly impressed with the E3 and although something like a FiiO e17 has better overall sound quality, the Sound Blaster E3 offers Bluetooth at a similar price which can be a huge benefit to a lot of users. Another functionality of the E3 which lacks in competitor devices is the built-in mic with CrystalVoice. With Bluetooth connectivity and built-in mic the E3 turns any of your high end headphones into a headset, simply hold up the E3 towards your mouth and talk away. The E3 lets you do a lot more than other portable amps & DACs without having you to actually reach for your phone, a huge plus for public transport users and others who are regularly on the go. 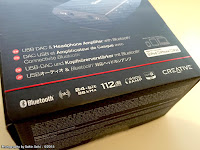 For on the go users the Sound Blaster has an advertised 8-hour battery life and in my testings I found that to be reasonably accurate. If you choose the analogue option the battery goes up a notch to 17 hour usage. Either way both options should give you an easy day’s usage. Let’s also not forget the SoundBlaster E3 also has NFC for quick and convenient pairing. 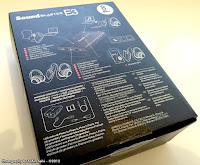 Overall, when you compare the price of the Sound Blaster E3 to other similar portable amp & DACs it offers you a substantial feature boost. With Bluetooth support and built-in mic you can turn any high end headphone you have into an on-the-go headset. But don’t be put off by the extra features; you still get the exceptional audio performance boost you would expect.

With the Creative Sound Blaster E3 so aggressively priced it leaves a huge question on the mark-up of the big game players’ products. 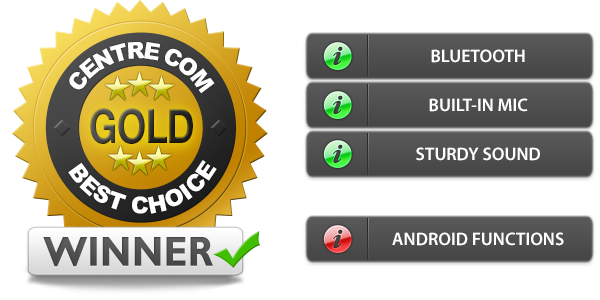