MSI have yet again gone and brought us something new to tinker with here in the office.. The GS30 is a high end portable laptop with a docking station that includes internally a full sized PCI-e x16 slot, 3.5” SATA slot and 450w power supply. On the outside of the dock you’re greeted with addition 4 USB3.0 ports, Killer Gb LAN port, audio jacks and stereo speakers. 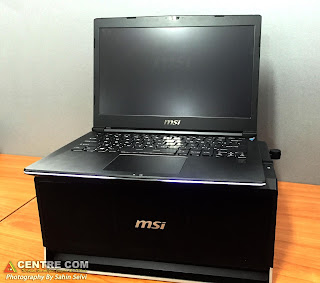 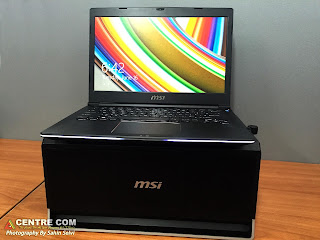 It’s an interesting piece of tech to review; the demo unit they sent us does feature a full-sized MSI GTX 980 so at its time it is a pretty high end gaming machine. But we’ll get to the dock a bit later one. First let’s take a look at the actual laptop and the kind of power it holds in its super sleek, lightweight and crafted LED display edge lights. 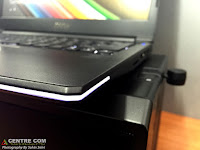 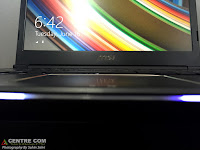 It’s not an Ultrabook but it certainly feels like one. It’s sleek, covered in black and features a darkened Intel Core i7 sticker. The GS30 is executed in a manner which all manufacturers should look up to (Including MSI themselves in regards to a few of their other models). It isn’t plaster with colourful branding stickers bragging about the feature sets and doesn’t contain too many different colours over the chassis. To be honest there’s not really too many bad things to say about the overall external design of the GS30, it keeps it simple and does a good job. Unfortunately for me, I like it a bit too much, it’s the kind of laptop I would take around with me on a daily basis, then when I get home, I can plug it into the powerhouse docking unit (subject to what GPU you put in it).

The Dock:
This is where things kick off for the GS30. With a full sized PCI-e x16 slot, you can throw in almost any desktop GPU and pushed this laptop the extreme. Aside from the GPU you can stick in here you’ve also got room for an additional hard drive for the added local storage when you’re back on the dock. 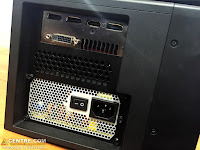 Externally the GS30 dock has a few extra USB3.0 ports, audio jacks and a LAN port for awesome online gaming.

The Laptop:
It’s a great laptop. That’s about as easy as I could put. It’s super lightweight while having beefy enough specs to be used as a work laptop to carry around with you. With a 1080p screen and super awesome wide-viewing angle it provides an excellent mobile laptop experience 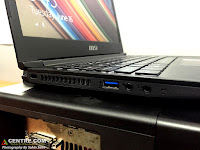 To be honest, this review has kind of left me short for words. It’s hard to describe what and how this laptop feels like to use, the only thing that I can say about it is that I really like it. It can totally double as a desktop replacement with the docking box while being an amazing on-the-go laptop. Stick as powerful of a GPU in it as you like, with the extra USB ports and LAN ports on the dock just connect up a few monitors with the GPU and it becomes your new desktop gaming PC.
The downside to such a unit is the $2500 asking price; add a high end GPU to that and you’re looking at $3000+ for a new PC. On the plus side, for $3000 you do almost get 2 complete machines powerful enough to run practically anything you want. 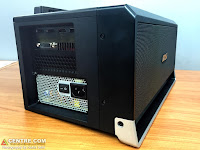 The GT80 Titan is still my number 1 laptop for 2015, however for half the price and almost similar performance, the MSI GS30 Shadow is a super close 2nd. Is 2015 the year of MSI laptops?