The popular Zenbook, yay or nay?
http://www.centrecom.com.au/catalog/advanced_search_result.php?keywords=zenbook
In my hands today is not the newest piece of tech, but definitely something sweeping the international markets, the Ultrabook that is the Asus Zenbook.

From the outside of the box to all its internals, the Zenbook oozes with the style and simplicity that is associated with the Ultrabook family. The packaging however does resemble the Transformer Prime tablet box with similar colour and layout design. Once in your hands you can’t help but feel an absolute love for it in your hands. It just feels beautiful and extremely elegant. The looks of it is equally glorious with the brushed purple aluminium on the lid making this unit stand out. Looking at it from the sides you see its pure slickness and just how thin the unit is. With equal number of ports on either side of the unit it gives it a nice balance to the look of the unit.

Opening the lid revealed the Zenbook’s true beauty. The brushed silver aluminium with silver keys and simple design make this stand out. It’s hard to argue against its beauty. It’s hard to counter argue this units looks as it clearly stands out from the rest of the competition.

With an SSD under its belt, the unit booted up and was ready without me even realizing. My PCMark benchmark came in at an impressive 1904 points, blitzing even the full sized Lenovo Y570. However it is worthy to know that it achieved significant performance while plugged in to a power outlet. Once you unplug the unit from the power, something must happen inside that drastically decreases the performance because it was extremely noticeable. Mostly on watching videos, a full HD MKV video struggled playing smoothly with regular freezes and blotched pixels.
Typing on the keyboard was a bit of a hit-and-miss. The problem I had was the key press is so smaller than usual, meaning it takes a lot less force to press the key than usual, so I found myself accidently brushing over several keys before pressing the one I actually intended on, however this can be a bit of a personal issue as light fingered people may find the keyboard to their exact liking.

The battery on the Zenbook was more than impressive and clearly outshines. On a full charge I was able to watch a full HD MKV video for about 2 hours with a good 40% or so remaining. The next 2-2.5 hours went on general browsing and YouTube videos so it gave a solid 5 hours of heavy use which is absolutely fantastic. Exactly what you’d expect from an Ultrabook. 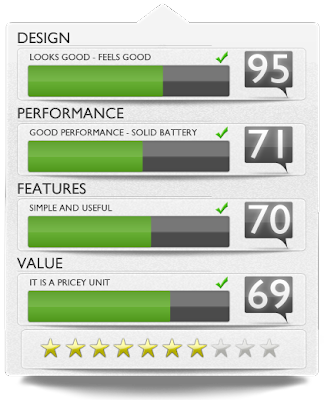 By Sahin Selvi
sahin.s@centrecom.com.au
The benchmark results may differ from user to user depending on what background software you are running and versions of benchmark software. These results aren’t portrayed to be seen as exact performance figures but merely as a rough estimate on the performance of the machine. These results are in no way bias to any company or person and are here to provide the end user in depth details and to provide extra assistance of potential purchases. All information on this page is subject to copyright. Please do not copy any parts of this article. This includes and is not limited to Photos and Data Graphs. The photos and data graphs shown on this blog are subject to copyright to Centre Com. Any unauthorized copying, modifying or using for other purposes are forbidden. Centre Com reserves the right to take legal action against those found breaking these terms.
Posted by Centre Com at 09:47